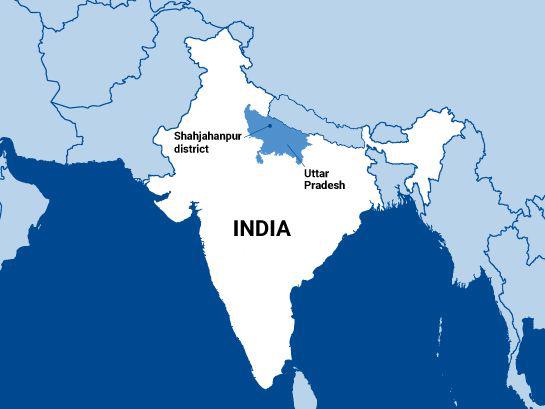 Indian police in Shahjahanpur district, Uttar Pradesh State, have been instructed to keep a watch on prayer meetings after five Christians were accused of trying to “unlawfully” convert people to Christianity.

The order was issued by a regional police superintendent after five Christians were brought to authorities by members of Vishwa Hindu Parishad (VHP), a hard-line Hindu group.

The Christians allegedly violated the Uttar Pradesh Prohibition of Unlawful Conversion of Religion Ordinance, which came into force in November 2020. The new anti-conversion law prohibits “conversion of religion through: force, misrepresentation, undue influence, and allurement, or fraud, or marriage”. It also prohibits “abetting, convincing, and conspiring to such conversions”.

The instructions given to police stations were to be aware of prayer meetings in their area and to “act strictly when they are completely sure that conversion is taking place in the garb of prayer”.

The allegations have been contested by Christians. Local church leader Harold D’Cuhna said, “It is just an allegation from the fanatic groups and if they are sure about it, let them prove it. People are free to express their views in a democratic country.” He added that normal charitable activities of the church are being misconstrued as “allurement to conversion.”

An Indian Christian leader told Barnabas Fund that that unlawful conversion accusation incidents are often “created to threaten and stop regular worship activity by intimidation”. The contact added, “Christian prayer meetings that have gone on for many years without much disturbance are being targeted … There is a pattern here and it must be exposed.”

The regional police superintendent also referred to two other cases of “unlawful” conversion in which the accused were Muslims. The implication was that Muslim prayer meetings could be watched by the police as well.

Since 1978, Freedom of Religion Laws have been introduced in several Indian states. Despite their name, these are in effect anti-conversion laws banning the use of force, fraud or allurement in conversion. Their vague terms make Christians actively sharing their faith vulnerable to false accusation.