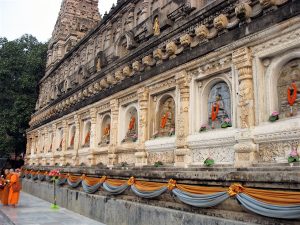 Pastor in India Locked in Room and Left to Die

The last thing pastor Shelton Vishwanathan recalled happening before he lost consciousness in a village in northeast India was Hindu extremists threatening to offer him as a sacrifice to their god as they belted his head.

“They punched my back and told me that they would offer me as a sacrifice to their deity as a punishment for distributing gospel tracts,” he told Morning Star News. “They struck severe blows on my head, so that I soon fainted.”

When the six radical Hindus first stopped him and told him to quit handing out tracts in Tiryani village, in Bihar state’s Sheohar District on Oct. 5, he had told them “Fine” and was about to go on his way when one of them seized the keys from his scooter, took away his phone and signalled the others to attack him, he said.

When he regained consciousness, he found himself locked in a dark room.

“I shouted for help, cried loud hoping someone would hear my cries and come to help me, but nobody could hear me,” Pastor Vishwanathan said. “I was lying down on the floor without food or water for the next few days. They did not give me anything to eat or drink.”

Seven days later, an elderly woman who lives nearby heard his cries and knocked on the door, he said.

“She told me that the door was bolted from outside and that she would open it for me on the condition that I would not tell anyone that she opened it,” said Pastor Vishwanathan, who leads a house church of 18 people. “She was very scared that if the assailants found out that she opened the door, she would also land in trouble.”

He explained what had happened and told her he would starve and die there if she did not open the door, the pastor said. She took him out of the room and later gave him food and water.

“Had she not helped, I would not be alive today,” he said. “I fully believe that it was God who sent her to help me.”

After returning to his home in Sheohar with strangers helping him to find his way by foot, he learned from neighbors that his family had searched for him throughout the district. Frightened, the family members sold some furniture in order to make it to his wife’s hometown in Nepal. Bihar state borders Nepal.

The assailants had taken his phone – which contained his in-laws’ phone number – and Pastor Vishwanathan had no money to make a phone call. Neighbors offered him food, some money and an old cell phone, but for weeks he could not reach his wife. With help from other Christians, eventually he was able to make contact and pay for his family to return home on Nov. 28.

Through the intervention of legal advocacy group Alliance Defending Freedom India, senior pastors from Patna, capital of Bihar state, offered their assistance, suggesting he file charges against the attackers, he said.

“But I did not want to pursue a case against the assailants,” Pastor Vishwanathan said. “I had come under attack several times for leading a home church and sharing the gospel in villages but survived only because of God’s grace. Even in the past, the police warned me that there is a threat to my life. As the Navratri [Hindu festival] celebrations were in full swing, if I was found again the assailants might have really offered me as a sacrifice to the deity.”

Eight Hindu extremists in Sheohar District had attacked him on June 23, 2019, pushing him off his scooter and breaking his hand and foot as they beat him.

Violence against Christians in Bihar state has increased in the past two years, with attacks on house churches and pastors happening weekly, sources said. Many of those attacked choose not to call police, as officers are often complicit in Hindu extremist aggression.

Pastor Vishwanathan has had to vacate his home.

“The landlord of our rented home got to know that I was locked up in a room for a week, and he told me that he cannot risk the lives of others by letting me stay in the house knowing there is a threat to my life,” he said. “He issued an ultimatum to vacate the house.”

With financial help from Christian groups, he was able to find another rented house, he said. The assailants took his motor-scooter, and as he bought it used and has no vehicle documents, police have told him there is no way to find it.

“I am overjoyed to see the Lord’s hand in every situation over the past two months,” Pastor Vishwanathan. “My family who thought I must have been lost and died have returned to see me alive. We give thanks and praises to the Lord.”

India ranked 10th on Christian support organization Open Doors’ 2020 World Watch List of the countries where it is most difficult to be a Christian. The country was 31st in 2013, but its position has been worse each year since Narendra Modi of the Bharatiya Janata Party came to power in 2014.